Cancer symptoms in women shouldn’t ignore: Why it always happens with women that they ignore cancer symptoms until it takes a big shape? Are they unaware or uneducated or merely careless? Although, ignorance is bliss until it causes any harm to us. But ignoring any symptoms which are indicating any life taking disease like cancer, ignorance causes much suffering and distress.

So let me clearly explain some of the cancer symptoms that we often overlook, to create general awareness among all women.

It’s tough to identify cancer signs at first as the symptom varies wildly or they may not give any indication at all at the first stage.

Some of the signs are identical to other common heath issues and naturally, we don’t pay serious attention as well.

For example, we can say if anyone is suffering from cold and cough for a long time; we count it as a season change effect and don’t bother to take a second opinion. It’s too late when we notice.

To talk about women, it’s their normal trait to ignore health issues until the doctor rang the warning bell.

But as we all are aware, that a little careful attitude from our side at the primary stage is helpful to avoid the danger in some cases.

Here we would like to talk about the common symptoms of cancer that women ignore to create general awareness among them.

Before we enter into the main discussion, here are few lines about cancer.

Cancer, the most deadly disease, is actually a group of diseases that involve the unusual growth of affected body cells. Slowly it invades the other parts of our body, if not taken into count at the right time.

Cells are the primary unit of a human body that divides and grow to form a new cell. New cells grow, and old cells damaged and stop their function.

So our body growth occurs by following this rule. The cancer started when the normal procedure of cell division gets obstructed by any genetic changes.

As result cells began to grow abnormally and gather in the shape of a tumor that can be benign or cancerous.

Therefore, it’s important to know your body first, so that you can identify any unusual changes or persistent pain in any parts of your body as soon as possible before the situation gets worse.

Weight loss is not always a positive sign for health, though women never take it seriously. On the contrary, they seem to be happy as staying slim and thin is their dream.

But abrupt changes in weight are a matter of concern.

Sudden changes in weight without doing any exercise or diet may indicate pancreatic, liver or colon cancer.

Women do not pay much attention to their bathroom habits, but there is no easy way to discover inside of your body from the sudden changes in our bowel frequency.

If you are suffering from frequent bowel movement for a long prolonged period, it is not just diarrhea, it may be due to some cancerous cause inside.

Moles are spot on the skin, and they occur when skin gather in clusters. Moles get darken when exposed to the sunlight.

So far there is nothing to worry about moles if they exist in few numbers, but if the development of moles increases and spread throughout the body which women overlook most of the time, it is a matter of medical advice.

Also, any changes in the mole’s appearance could be the sign of skin cancer.

ALSO READ: Top 15 Common Foods that Cause Cancer You Should Avoid

Cough and cold are normal during season changes, and it often heals by itself. But the concern starts when a cough persists for a long time.

Cough with blood is the first and foremost symptom of lung cancer which woman ignores the most.

But you should keep in mind that bleeding with a cough can occur in other physical issues like bronchial infection or tuberculosis.

So never ignore if such things happen to you. Do proper investigation.

It is natural to bleed while you are going through a period, but not having a period for one year means your menopause phase has started.

Therefore any abnormal genital bleeding must be treated with extra care and attention.

Such bleeding can occur due to hormone replacement therapy, or due to any non-cancerous polyp growth inside the vagina.

At the same time, it can be a sign of uterine or cervical cancer. So let not make the situation worse by ignoring it.

Stomach pain or nausea may occur due to indigestion and overeating, and so most of the time we handle them with an antacid.

But if the stomach cramp and nausea lasts for 2 or 3 weeks, it is a matter of investigation further.

We all have to suffer from throat pain and difficulties in swallowing food at some points in our life.

What women commonly do in this situation they try to modify their food habits— from hard to soft food, gurgle with warmth to ease the situation.

But it is beyond our imagination that there could be a more serious issue behind this. So if you are experiencing similar issues for a prolonged time, don’t delay.

Though bloating is common to all genders, but women are bloaters by nature.  Abdominal bloating may appear at any age with a gastrointestinal disorder.

Besides this, women may also experience bloating during their periods. But don’t take it casually if the symptoms do not disappear within a few days. It could be the early sign of cancer in ovary or uterine.

Unexplained fatigue is not at all normal, though women ignore it to a great extent. We take it as a side effect of household works or office work. But things are not so easy if you find yourself tired after a sound sleep at night.

If this continues and makes you less energetic day by day, you must check it. It could be the sign of leukemia that affects the red blood cells, as a result of which persistent fatigue occurs.

Anything from over stressing to indigestion, migraine to sinus could be the cause of a headache.

But if you have no history of sinus and migraine, then sudden headache may be the indication of a serious matter so it would be a wise decision to treat a headache seriously.

The increase inside the brain pressure causes a headache which has a direct relation with tumor growth.

Presence of blood while passing urine or stool is an indication that something wrong is going to happen inside your body.

Women do not bother fever and take it lightly always. Yes, occasional fever is not at all concerning, but unexplained fever needs to monitor as it can indicate blood cancer or leukemia.

So if you are suffering from fever without any solid reason, pay enough attention and seek medical advice

Developing a sore from any wound or injury is not at all a concerning issue. But you have to pay attention if the sore does not heal within 5 to 10 days.

Among all types of sores, mouth sores and throat sores can take a dangerous turn if not treated in time. So ladies don’t ignore burning and scratchy feeling inside the throat and any mouth sore due to cold.

Breast cancer develops in the breast cell and spread only due to the ignorance attitude of women. We often ignore the changes in the breast, as a result of which the cancerous cell spread and invade the healthy cells around and also the lymph nodes.

So please consult before you get delayed. Get alert when if you find any…

ALSO READ: 10 Tips to Prevent The Risk Of Breast Cancer

Cancer like disease can be slow down by early prevention. Therefore it’s the basic need to notice any changes to the skin surface, such as skin color, development of moles, or new spots, excessive bruising, etc.

As we all know that, starting from puberty to menopause women’s bodies have to cross different stages.

Each step brings lots of changes at different ages.Some changes are normal, but we must pay attention to the unusual and abnormal changes as it may be the starting of any cancerous growth. So ladies, stay aware of your body and make others aware too. 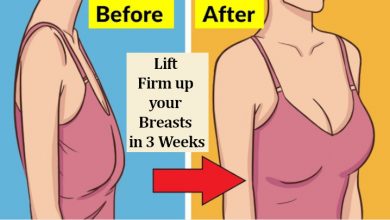 How to Prevent Sagging Breasts Naturally in 3 Weeks 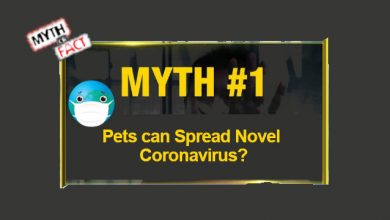 10 Common Myths and Facts about the Deadly Coronavirus (2020)

Early Signs and Symptoms of Appendicitis, Causes and Home Remedies 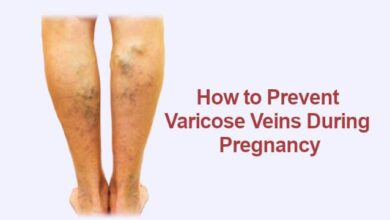 How to Prevent Varicose Veins During Pregnancy